Blogs > Steve Hochstadt > What Does It Mean to Be Patriotic?

What Does It Mean to Be Patriotic? 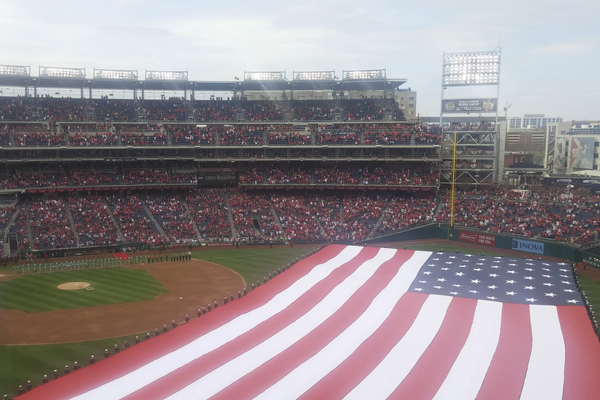 July 4 means that healthy and unhealthy discussions of patriotism again take center stage. Will you wave the flag?

I always welcome thoughtful conversations about what behavior is patriotic, about how we should act if we love our country. It’s too bad that this rarely happens. Face-to-face talks about patriotism usually begin as arguments and accusations, and then get worse. Among people of like minds, how to be patriotic is also seldom sincerely and frankly addressed. Maybe we all are afraid to discover that we don’t agree, or that our ideas can be easily criticized.

For example, the premise that all good Americans should love our country is a starting point that is never questioned. The postwar conservative refrain that liberals did not love America and wanted to betray it to the world communist movement has never abated, only taken different forms in different political eras. When I was growing up, it was crudely expressed as a taunt to antiwar protesters: “Love it or leave it.” Of course, no self-regarding conservative would now dare suggest that cozying up to post-Soviet Russia is unpatriotic, considering Trump’s attempts to excuse Putin’s electoral meddling. That has taken some of the sting out of the taunt that Democrats are socialists, but not so much that Republicans don’t use it every day.

Just a few years ago, Republicans howled that if a black man like Rev. Jeremiah Wright said, “God damn America, for treating our citizens as less than human”, and if our black President had ever listened to him, then the whole election of Obama was tainted by lack of patriotism.

Must a German Jew love her country? Could she not be a loyal citizen, but still experience other feelings besides love for Germany, even 70 years after the end of Nazi rule? Must a Russian whose grandparents were murdered in Stalin’s purges by the secret police now love a country run by the former KGB leader?

Must African-Americans who experienced discrimination on their own bodies now simply love America, when segregation and discrimination still exist, and when our President is an unrepentant racist? That’s just the beginning of a thoughtful confrontation with the meaning of patriotism.

A second problem with patriotism discussions is how they often are about symbols rather than behavior. In fact, conservatives and liberals agree about many political behaviors that should characterize a patriotic American: voting, paying taxes, and serving on juries. But conservatives tend to value reverence for symbols of America much more than liberals. In a survey last year, 71% of Republicans, but only 34% of Democrats said that knowing the Pledge of Allegiance was important for good citizenship. Displaying the flag was important for 50% of Republicans, but only 25% of Democrats.

Someone posted on Facebook the false claim that none of the 10 Democratic presidential candidates at the first debate wore flag pins, which was not true, and then concluded that “Democrats hate Americans and America”. That is a familiar refrain from the right wing.

Another difference between partisans is how criticisms of one’s country are regarded. While half of Democrats think a good citizen should protest when the government does something that is wrong, that is true for only a third of Republicans. Conservatives have argued my entire lifetime that criticisms of America and American history are equivalent to treason. That’s the position that conservatives defended when protests came mainly from liberals during the 1960s and 1970s. Now that much protest comes from the right about “over-regulation” or investigations of Trump, conservative protest has become legitimate. For them it’s fine, that candidate and President Trump can display patriotism by offering wide-ranging criticisms of America: our President was illegitimate; our airports were “third-world”; our FBI committed treason; our military leaders are ignorant. Trump became the epitome of conservative patriotism, not out of any principles about what patriotism means, but from pure partisanship.

Some Republican “principles” are defended only when convenient. 79% of Republicans said that good citizens “always follow the law”, compared to 61% of Democrats, but Trump’s multiple legal transgressions are ignored or defended.

Whatever the thinking behind the idea of patriotism, Republicans believe theirs is the right way. A survey one year ago showed that 72% of Republicans rated themselves “very patriotic”, while only 29% of Democrats chose this label for themselves. Since Trump’s election, the self-proclaimed patriotism of Democrats has dropped significantly.

It turns out that patriotism refers both to long-term feelings about country and more temporary feelings about current political leadership. Behavior and symbols are both important, but to different people. Political differences lead too often to claims that the other side is not just wrong, but also unpatriotic.

Because patriotism is about feelings, it is hard to analyze, even for oneself. The American women just won the soccer World Cup. I rooted for them all the way, just the way I root for American athletes I never heard of in the Olympic Games or at Wimbledon. I don’t think that makes me a better American, just a normal one.