Gil Troy is the author of The Age of Clinton: America in the 1990s, just published by Thomas Dunne Books of St. Martin's Press. His next book will update Arthur Hertzberg's The Zionist Idea. He is Professor of History at McGill University. Follow on Twitter @GilTroy 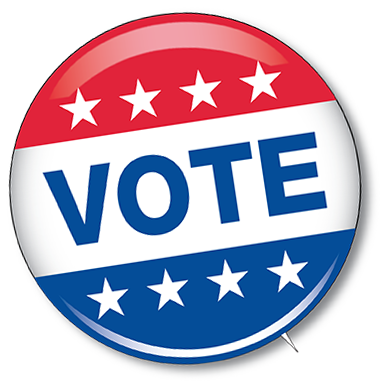 Click HERE for more installments of 2016 In Context:  Gil Troy's commentary on the closing days of the election.

Americans finally have a chance to vote for president of the United States -- and hundreds of other offices on ballots across the country. As a presidential historian who has written histories of presidential campaigning, of various presidents, of First Ladies, including Hillary Clinton when she was in that symbolic role, and, most recently, of the Clintons and the 1990s in The Age of Clinton: America in the 1990s, here are my final thoughts.

Like two animals that have each bloodied each other but keep biting and clawing, Hillary Clinton and Donald Trump are staggering toward Election Day. After visiting four American cities in one week, I am struck by how anxious people are about this election. The last time I remember such nervousness was in 2000, during the George W. Bush-Al Gore deadlock, after Election Day. We have to go back nearly half a century to 1968, to find a moment when Americans were so polarized, so worried, so alienated from one another.

Even though we have not yet reached the big moment, it’s time to start thinking about the day after – and how to heal the country.

Let’s remember that the presidential election campaign is an artificial exercise launched to select the most popular candidate to govern America. The primaries and caucuses, the conventions and debates, the commercials and speeches, all ritualize political combat, combining serious political business with the traditional, sometimes ridiculous, frequently colorful, sacraments of America’s civil religion. Similarly, Election Day combines the substantive mission of choosing leaders with traditions easing the shift from fighting to healing, from politics to governance. In the nineteenth century, many artistic depictions of Election Day – and the carnivals and festivals held as farmers and workers gathered to vote -- celebrated the political miracle, that we the people choose our own leaders based on their virtues not their monarchical bloodline.

To protect that sanctity of the election -- the very word originated in the notion of God choosing individuals for salvation -- state laws ban campaigning too close to polling places. Just as politicians switch from apocalyptic warnings if their rivals win, to redemptive toasts hailing the people’s genius and the system’s stability, these laws help Americans transition from the passion of the campaign trail to the contemplation of the ballot box. There is a sanctity to the voting booth that welcomes quiet after the shrill, profane campaign, paving the way toward unifying and leading the day after.

Even in the nineteenth century when corruption often tainted the ballot box, Americans treated the voting moment with revelry and reverence. With the candidate quieted, the citizen is empowered. The nation is supposed to start moving from what Senator Henry Cabot Lodge called our “idiotic way of carrying on a political campaign,” filled with one “silly habit” after another, to what one Republican in 1924 called “the wise exercise of the power and duties of President of the United States,” which “calls for almost superhuman moral, mental, and physical endowments.” In Connecticut, citizens of Hartford rejoiced in the people power elections activated with parades and balls often serving Election Cake – a flavorful cinnamon, coriander, molasses and raisin yeast bread.

Election Day ends with the vote count – and except in rare cases of deadlock or atypical boorishness – elegant exchanges between the winners and losers. The concession speech, like all regularized rites, hovers in that characteristically human space between the artificial and the real, the sterile and the meaningful, the dishonest and the honest. From celebrating Christmas to singing the national anthem, humans regularly choreograph moments to produce particular emotional outcomes and ideological attachments.

The democratic concession formula calls for magnanimous winners and gracious losers, with all promising to cooperate. Such expressions, even if insincere, legitimize the results and America’s democracy.

To many losers, these anguished moments feel like public deaths. After losing a Congressional election in 1824, Henry Clay compared “hearing every kind of eulogium and panegyric, pronounced upon me” now that he had lost, to experiencing your funeral “whilst alive.” Upon losing the presidency to Ronald Reagan in 1980, Jimmy Carter admitted, “I promised you four years ago that I would never lie to you. So, I can't stand here tonight and say it doesn't hurt.” Still, Carter “accepted the decision.”

Sometimes, candidates deflect through humor. In 1952, Adlai Stevenson, the Illinois Democrat, invoked Abraham Lincoln, the Illinois Republican, who said that after an election loss, “he felt like a little boy who had stubbed his toe in the dark… too old to cry, but it hurt too much to laugh.”

Even during deadlocks – and immediately thereafter -- candidates, understanding the volatility of the situation, have acted cautiously, patriotically. In 1876, Democrats were frustrated with the silence of Samuel Tilden, who ultimately lost to Rutherford B. Hayes. But America had erupted into a deadly, five-year Civil War just sixteen years earlier, and Tilden’s concern for the nation constrained him. Similarly, in 2000, Al Gore, convinced that the Supreme Court decision giving the election to George W. Bush was flawed, nevertheless said: “This is America. Just as we fight hard when the stakes are high, we close ranks and come together when the contest is done.”

Donald Trump’s reprehensible “rigged election” comment launched a pre-emptive assault on American democracy. The way he and Hillary Clinton act over the next 48 hours will help determine whether those ill-chosen, unpatriotic words were a fall squall or a Category 5 hurricane. Both have to show a grandeur, a vision, an underlying patriotism trumping partisanship that has been absent for most of this long, depressing campaign.

As Americans stagger toward Election Day, democracy often feels threatened by the passions campaigns trigger. But as the psychiatrist Bessel van der Kolk teaches, “our capacity to destroy one another is matched by our capacity to heal one another. Restoring relationships and community is central to restoring well-being.” This insight applies nationally too. Just as theologians explain that grace involves being able to bestow compassion even on sinners, post-Election healing doesn’t ignore political differences, it just shifts the conversational focus. Our two party system and quadrennial presidential system produce an in party and an out party every four years. Just as we wound with words, we can soothe with them.

Candidates who are patriotic Americans, supporting the democratic republic for which we stand, understand that as the primary disrupters of American harmony they have a particular responsibility to lead the healing. Let’s not just hope. Let’s demand that on Election Night – and subsequently – the two major party nominees – along with the thousands of candidates running November 8—play their historic parts, acting with grace and patriotism, redirecting the campaign’s fury into passion for governing. Such grace does not also prevent rival parties or defeated politicians, like standing armies on alert with their generals, from girding for tomorrow’s battles today – it just encourages them to first act nobly, patriotically, then start squabbling again.