19 Facts About the 19th Amendment on its 100th Anniversary 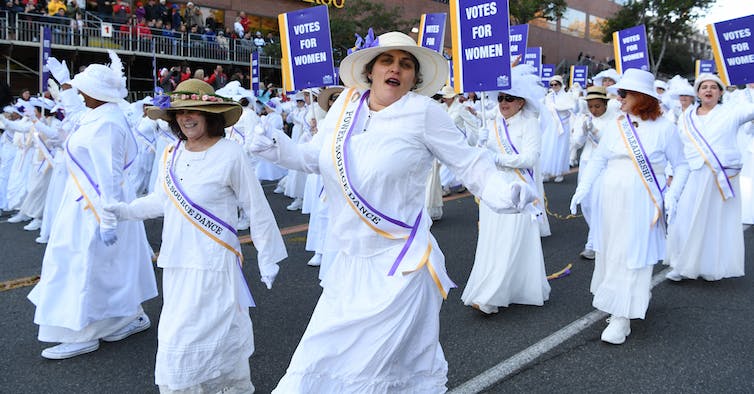 One hundred years ago, the 19th Amendment enfranchised millions of women across the United States following a seven-decade campaign. The struggle to expand voting rights to women resonates today as the country continues to debate who should vote and how.

As scholars of civic engagement and women’s suffrage, we have compiled “19 Things to Know” about this landmark amendment. Together they reveal the strength and determination of the suffrage movement as it battled for this fundamental right of citizenship.

2. The first women’s rights convention took place in Seneca Falls, New York, on July 19-20, 1848. Of the 11 resolutions demanding equality – in the workplace, family and education, for example – only women’s right to vote drew opposition before it was approved. Although abolitionists had called for women’s voting rights before 1848, suffragists later viewed the convention as launching the U.S. women’s suffrage movement.

3. In 1869 the movement split over disagreements about the 15th Amendment, which granted voting rights to African American men but not women.

4. Suffrage was a mass movement with diverse voices. They included the National Association of Colored Women, the Woman’s Christian Temperance Union, farmers’ organizations and the Women’s Trade Union League. Most of these organizations became active in suffrage after the creation of NAWSA.

5. Women’s suffrage depended on male supporters, among them state legislators and members of Congress. Only men could vote in state referenda to extend the vote to women. Men did so in Colorado, New York and Oklahoma. Meanwhile, thousands of women opposed suffrage. They thought it would undermine women’s influence in the home and family.

7. Besides the leadership provided by the national women’s suffrage associations, hundreds of local and state organizations engaged thousands of volunteers as well. Some of the earliest state associations were organized in Kansas in 1867, Iowa in 1870 and Washington state in 1871.

8. African American women reformers saw suffrage as an important goal. They began forming their own clubs in the 1880s and founded the National Association of Colored Women in 1896. Unlike predominantly white suffrage organizations, the NACW called for other reforms to address the economic, educational and social welfare of African American women and children, such as job training programs, fair wages and child care.

9. Millions of women enjoyed the right to vote before the 19th Amendment was ratified. Women had full voting rights in 15 states and the Alaska territory, and limited suffrage, including voting in presidential elections, in another 12 states before 1920. Their influence helped build momentum for the 19th Amendment. 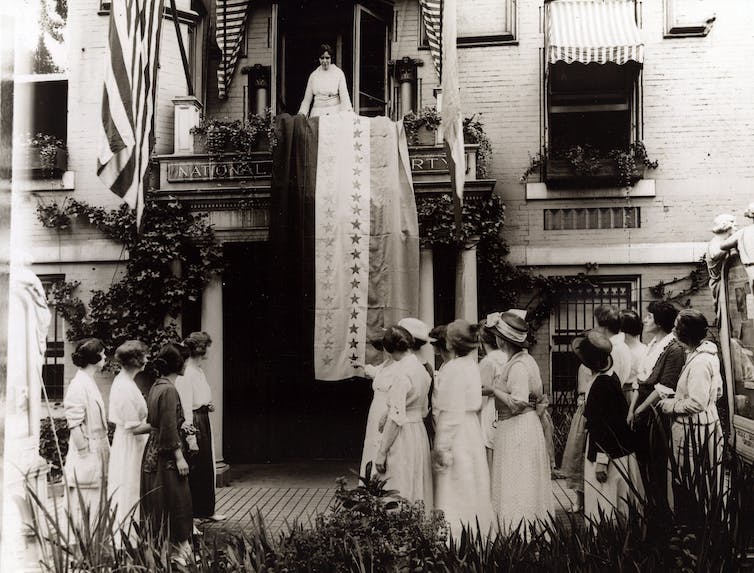 11. In a speech titled “The Crisis” at NAWSA’s 1916 convention, president Carrie Chapman Catt outlined her “Winning Plan” to focus efforts on a federal amendment while encouraging women to work in their states for the level of suffrage that could be achieved.

12. In 1916 Jeannette Rankin, a Republican from Montana, became the first woman elected to the U.S. Congress. Lawmakers greeted her with a standing ovation when she was introduced in the House of Representatives. A committed suffragist, Rankin voted for the 19th Amendment in 1918.

13. In 1917 the National Woman’s Party organized protests outside the White House to pressure President Woodrow Wilson to support women’s suffrage. For several months, suffragists protested in silence six days a week. Wilson initially tolerated the demonstrations but later became embarrassed by them.

14. Thirty-three suffragists picketing outside the White House on Nov. 10, 1917, were arrested and jailed. They were fed maggot-infested food, beaten and tortured. The suffragists protested with a hunger strike and were brutally force-fed. They were released after the Washington, D.C. Court of Appeals declared their arrests unconstitutional.

15. The Republican Party was viewed as more supportive of women’s suffrage than Democrats until 1916, when both parties publicly supported state suffrage. 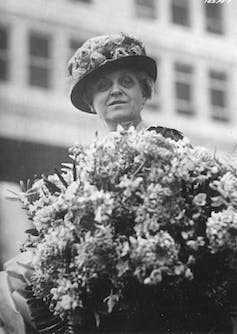 17. Some 500,000 African American women could vote in states where their male counterparts were enfranchised, according to the 1920 U.S. Census. But in the South, African American men and women remained disenfranchised through state-imposed literacy tests, poll taxes and violence.

19. In January Virginia became the 38th state to ratify the Equal Rights Amendment, following Nevada, in 2017; and Illinois, in 2018. The ERA was first introduced to Congress in 1923, approved in 1972 and ratified by 35 out of constitutionally required 38 states by 1974.

The recent resurgence of women’s activism has refocused attention on gender equality issues, including the ERA, which supporters argue is needed to protect women’s rights. Although the U.S. House voted in February to remove the original deadline set by Congress and pave the way for its final approval, no action is expected in the Senate this year.

[Deep knowledge, daily. Sign up for The Conversation’s newsletter.]