Why Holocaust Education Is So Important Today 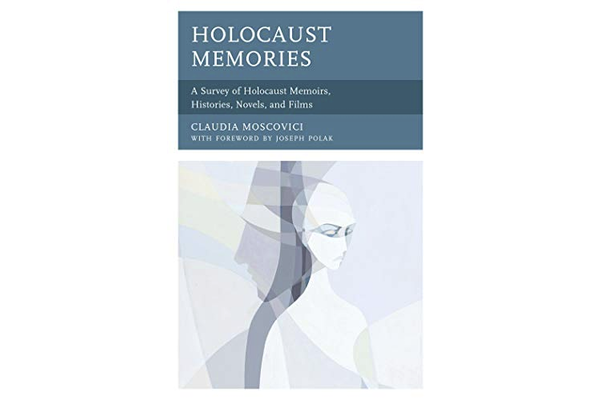 One of the many difficult lessons the Holocaust has taught us is that Jews need not be influential or numerous in a country to give rise to anti-Semitism. According to the United States Holocaust Memorial Museum, Jews comprised only 1% of Germany’s population on the eve of the Nazi rise to power in 1933 (505,000 of 67 million people). Yet this small group of German citizens were singled out as an ideal scapegoat for all of the country’s woes following WWI: its defeat in the war, the staggering inflation and high unemployment rates, and the humiliations imposed on Germany by the Treaty of Versailles.

In difficult historical or economic conditions, people often stigmatize and dehumanize those they disdain and distrust. Without adequate education about the past and discussion of the dangers of anti-Semitism, many believe that history could repeat itself. This is why Holocaust education is crucial to dispelling the fear, anxiety and ultimately hatred of the Jews. Unfortunately today, as the last Holocaust survivors pass away, we risk losing touch with the human-caused catastrophe that nearly wiped the Jewish people off the face of the Earth, increasing the risk of rampant anti-Semitism.

According to the Schoen findings, one third of Americans, and a staggering 40 percent of Millennials, believe that substantially fewer than 6 million Jews were killed in the Holocaust (they mistakenly consider the figure to be closer to 2 million). Half of the respondents could not name a single concentration camp or Jewish Ghetto among the 40,000 camps and Ghettos across Europe. Stunningly, 41 percent of older adults and 66 percent of Millennials hadn’t heard of Auschwitz, the largest and most notorious concentration camp. Moreover, 80 percent of US adults had never visited a Holocaust museum. Despite these serious gaps in their historical knowledge, the vast majority of the Claims Conference poll respondents—80 percent--believed that education about the Holocaust could help prevent such genocides in the future.

The Never Again Education Act is an effort by a bipartisan group of US legislators in both the House and the Senate to promote Holocaust education. Several senators introduced a bill that would help fund and encourage Holocaust education programs in American schools. Jacky Rosen, a Democratic senator from Nevada, spearheaded this bill in 2016. The bill stipulates combining private donations as well as federal and state funding for the Holocaust Education Assistance Program Fund. The program would help pay for training teachers and guest speakers on the Holocaust, cover the cost of textbooks, as well as fund the transportation and housing for teachers to attend conferences and seminars about the Holocaust.

This bill found bipartisan support in the Senate from Republican senator Ted Cruz (Texas), Marco Rubio (Florida), Kevin Cramer (North Dakota) and Democratic senators Tim Kaine (Virginia) and Richard Blumenthal (Connecticut). The bill also has strong proponents in the House of Representatives. Sponsored by Representative Carolyn B. Maloney (Democrat, New York) and Elise Stefanik (Republican, New York), the bill was introduced in the House of Representatives on April 10, 2018 and has gained 209 bipartisan supporters.

The Never Again Education Act would fund and facilitate Holocaust Education in every state in the US. So far several states have already implemented some local codes or guidelines that require that information about the Holocaust and other genocides be taught in public schools, including California (1985), Illinois (1989), New Jersey (1991), Florida (1994), New York (1994) and,  more recently Maryland (2019). In the wake of an alarming rise in anti-Semitic domestic terrorism and attacks on Jewish centers and synagogues, I am glad to see that legislators across the country see the urgent need for a more in-depth, national program of Holocaust education.