Why FDR Turned Away Jewish Students

Dr. Rafael Medoff is founding director of The David S. Wyman Institute for Holocaust Studies, and the author of The Jews Should Keep Quiet: Franklin D. Roosevelt, Rabbi Stephen S. Wise, and the Holocaust, which has just been published by the Jewish Publication Society / University of Nebraska Press. 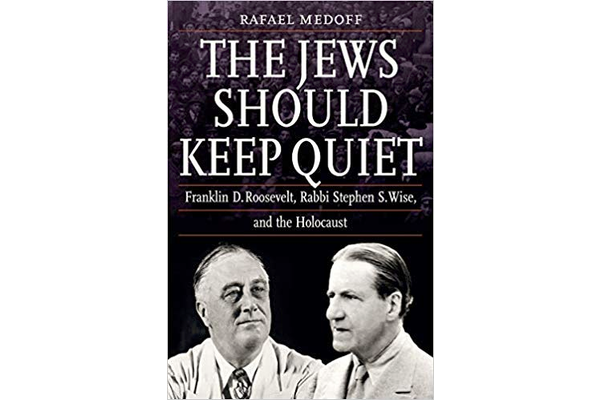 A recent New York Times article told the poignant story of an unlikely romance between two prisoners in Auschwitz.

Buried deep within the full-page feature about the relationship between David Wisnia and Helen Spitzer, however, was a heartbreaking fact whose significance most readers may not have recognized.

It turns out that all the years of starvation, beatings, and torture Wisnia endured at the hands of the Nazis could have been avoided, if not for the Roosevelt administration’s harsh policy towards Jewish refugee students seeking admission to the United States.

Wisnia was an exceptionally talented singer. “Before the war, he’d written a letter to President Franklin D. Roosevelt requesting a visa so he could study music in America,” the Times noted. “His mother’s two sisters had emigrated to the Bronx in the 1930s, and he’d memorized their address.”

American immigration policy during those years was governed by a strict quota system, based on national origins. But the law contained three major exceptions: clergy, professors, and students could be admitted outside the quota restrictions.

To qualify for a student visa, an applicant needed to show a letter of acceptance from an accredited American school. It may be that Wisnia had not yet been accepted, and therefore technically didn’t qualify for a student visa. But that was part of the problem: U.S. consular officials in Europe, acting in accordance with President Roosevelt’s policy, looked for every possible reason to keep refugees out. Had they been inclined toward kindness, instead of coldheartedness, they could have chosen to grant Wisnia a regular visa on the grounds that he had close family members—two aunts—already living in the United States.

Wisnia was a Polish citizen. From 1933 to 1945, the quota for Polish immigrants to the United States was never filled, and in most of those years it was more than 70% unfilled. Tens of thousands of unused visas for would-be Polish Jewish immigrants were thrown into the waste basket, alongside David Wisnia’s letter pleading to be let in.

What makes this story even more tragic is that many Jewish refugee students who did have letters of acceptance from American schools were kept out of the country, anyway.

Prof. Bat-Ami Zucker (Bar-Ilan University) has found multiple instances in which European Jewish students were denied visas even though they had been admitted to Dropsie College, in Philadelphia, or the Jewish Theological Seminary of America, in New York City.

An official at the U.S. consul in Berlin said the visas were rejected because in each case, the student was “a potential refugee from Germany” and therefore was “unable to submit proof that he will be in a position to leave the United States upon the completion of his schooling.”

Similarly, Prof. Stephen Norwood (University of Oklahoma) has described a case in which a European Jewish refugee student who was admitted to Bryn Mawr College was denied a visa “because she could not meet the requirement of identifying a permanent residence to which she could return after completing her studies.” Bryn Mawr’s president learned that the American Friends Service Committee, which assisted refugees, knew of another fifty instances in which European students who had been admitted to U.S. colleges—and offered scholarships—were denied visas for that reason.

It was a Catch-22. These Jewish students were seeking to study in American schools precisely because the Nazis prevented them from studying in German universities. Now the Roosevelt administration was telling them they could not enter the United States—and therefore would have to remain in the country where they were being persecuted—because they could not guarantee they would return to the country where they were being persecuted.

This was, in other words, yet another example of the numerous extra requirements and obstacles imposed by Roosevelt administration officials in order to suppress Jewish refugee immigration below the levels permitted by law.

A handful of refugee students did manage to reach America’s shores during the Nazi era. Several dozen studied at Yeshiva University. Twenty were admitted to Harvard (although for some reason Harvard felt it necessary to announce that “a large number” of them were not Jews). Rutgers University, the New Jersey College for Women, and McPherson College, in Kansas, each took one.

But so many more could have been saved if President Roosevelt and his administration had simply allowed the existing student visa exemption to be fully utilized, instead of going out of their way to keep the Jews out.