Do Those Closest to Trump Think He's Fit for Office?

Vaughn Davis Bornet, an American research historian, has been published by HNN about 36 times in the last half decade.  Author of innumerable books, aged Dr. Bornet of Emory, Georgia, and Stanford has three times been termed “distinguished” and is now headed for age 102 this October, 2019.  In his day he wrote books on a contract and grants, edited U.S. History for the 1960s Britannica and worked on Thermonuclear War and Space at RAND before chairing a social sciences Division at Southern Oregon University. His The Presidency of Lyndon B. Johnson is the longest in the  American Presidency Series of University Press of Kansas and was suggested by them in its day for the Pulitzer Prize. Recently in our pages he espoused a long and healthy Life. 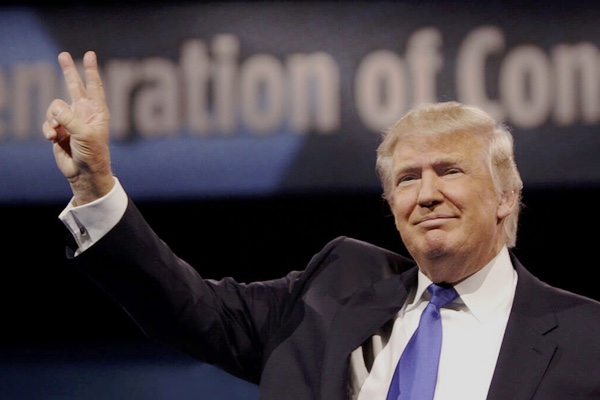 Several times since 2016, I have criticized the performance of our current President Donald J. Trump.  This little essay is, one might say, “a horse of a somewhat similar color.”  Like many observers in our concerned society, I have speculated on the “mental capacity” and the job performance of the man who will apparently be in the Oval Office until 2020—and, who knows, maybe longer.

So far, I have reviewed five books about Trump in the White House by individuals who have really studied “the nature of our President’s  mentality.” I have gone back to see how those authors felt about the mental condition of the one who has appointed such weird and unsuitable individuals to high office. The authors are both male and female, politically inexperienced and veterans, and all have been given major media attention. What can we learn from these books? Let’s start.

The jacket of Omarosa’s 334 page “insider’s account” UNHINGED  boasts, “Few have been a member of Donald Trump’s inner orbit longer than Manigault Newman.” An Assistant near the Oval Office,  she ended her friendship Donald  with distaste. In a chapter entitled “I Think Our President Is Losing It,” she wrote openly about our President’s “level of paranoia” and  found “… something real and serious was going on in Donald’s brain.  His mental decline could not be denied….  I knew something wasn’t right.” Even more, she revealed the make of three guns he proudly owned and said at least once  in the primaries he carried a gun.

Something of a pioneer in judging Trump is Michael Wolff, whose book FIRE AND FURY created a stir.  Boasting “deep access to the West Wing,” Wolff casually writes toward the end of the book that “staffers” were concerned that Trump’s rambling and alarming repetition of the same sentences had significantly increased. Further, his ability to stay focused, never great, had noticeably declined and the staffers worried this would be noticed by the general public. Wolff also makes frequent references to “Trump’s stupidity.”

At the time of reviewing, I found this short paragraph mid-book upsetting:

“Trump’s extemporaneous moments were always existential, but more so for his aides than for him.  He spoke obliviously and happily, believing himself to be a perfect pitch raconteur and public performer, while everyone with him held their breath. If a wackadoo moment occurred on the occasions—the frequent occasions—when his remarks careened in no clear direction, his staff had to go into intimate  method-acting response.  It took absolute discipline not to acknowledge what everyone could see.” p. 137

Even more, Trump had “contempt for other people’s expertise that was understood by everybody in his billionaire circle.” He was openly contemptuous of both the Bush and Obama families, and he didn’t back down from his disgusting critique of prisoner then national hero John McCain. (That gross misconduct has been quite amazing!)

At more than 400 pages, Bob Woodward’s FEAR is “drawn from hundreds of hours of interviews with participants and witnesses to these events.”  The President refused to be interviewed by the famous reporter and author.  Maybe it was just as well. Woodward argues President Trump has “anger issues,” problems making apologies, is erratic, is impulsive, and is “an emotionally overwrought, mercurial and unpredictable leader.”  The executive power of the United States has come to experience a “nervous breakdown.” p. xxii

It can be downright frightening to read over 400 pages about life in the White House and the views of aides about their powerful leader. Rational lifelong leaders who had seldom shown fear now did. “The senior White House staff and national security team were appalled,” Woodward wrote, “They didn’t know what the president might say or do.” Staff Secretary Rob Porter said “A third of my job was trying to react to some of the really dangerous ideas that he had and try to give him reasons to believe that maybe they weren’t such good ideas.” Lawyer Dowd’s version of Trump’s characteristics (rooted in a 47 year legal career) is virtually unprintable: "he’s going to say ‘I don’t remember’ 20 times.  And I’m telling you, Bob, he doesn’t remember.” “[T]hese facts and these events are of little moment in his life." "I told you he was a goddamn dumbbell.”

Trump asked  if if Kim Jong Un had a nuclear button on his desk “at all times,” why, “Will someone from his depleted and food starved regime please inform him that I too have a Nuclear Button, but it is a much bigger & more powerful one than his and my Button works!”

What has happened to “patient diplomacy”?  Those of us who fearfully speculate that a North Korean missile just might get steered toward San Francisco or Honolulu, are jumping up and down.  The prospect of an oddball individual in a redecorated Oval Office thinking he can, casually,  consider happily arousing one like KIM to maybe fire off a missile if in the mood, free of any consequences, is much too much. Actions DO have consequences, no?

Which brings us to James Comey: tarred by a difficult political decision he made late in 2016, but a decent long-time leader of our FBI. To me, he has every right to place on his book’s cover words like its provocative title,  “A HIGHER LOYALTY:  TRUTH, LIES, AND LEADERSHIP.  I believe him when he says in summary that D.T. insisted on his loyalty.  When he didn’t get his promise of loyalty in advance, he barged ahead to fire the FBI leader!  Earlier, when Comey was invited to dinner by Trump, he hardly got a word in, as the realtor/builder/golf course creator from NYC, dominated the conversation for an entire meal.  Writes Comey, “None of this behavior, incidentally, was the way a leader could or should build rapport with a subordinate.” Agreement is easy.

Elsewhere, Comey resented the bizarre conditions placed on him at the time of his “release” from a lifetime with the FBI. He was 3,000 miles from his office and colleagues when Fired.  There was given no ability to say “goodbye” to subordinates.  Reading the Comey book arouses real sympathy for the stalwart FBI leader on the way out.

This writer finds that it is beyond his capabilities to mold into this short essay any account of the renderings—little more than educated guesses—about the mind of President Trump offered so far by physicians who lack firsthand interviews/examinations of him. In his book, the psychiatrist-author Justin A. Frank at a major university expresses apprehension over the nature of our President’s mind.  (Of course, a book like that can be written about anybody.)  I do have to say here, however, that the number of times since Inauguration I have heard—or said myself—“He must be crazy” is out of the ballpark.  Donald J. Trump is “different” in so many ways:  so often, unapologetic, in public, well, yes, disgusting.

On the other hand, these profiles of Trump don’t include what many perceive as his successes. His daughter contends “He has the heart and mind of a leader.” His TV show The Apprentice was highly successful.  He has magnified the wealth given him by his father.  He made his name in the tough NYC.  His friends and acquaintances seem to include movers and shakers.  He has not been thwarted by overseas ventures.  Daunted by one, then a second, marriage, he sought and found another at “his level.”

Medically impaired or not, Donald J. Trump is engaged in splitting and impairing the United States of America.  Something must be done about it. From his daily expression as he comes and goes in the 2019 year, he may indeed be ailing.  Or maybe he just doesn’t enjoy the life surprisingly granted him in our White House and prefers the tropics.   And can’t help showing it?   May one hope that some remarkable change is in the offing, so that before too long “everything will somehow work its way out all right?”

Surely, we all deserve a happy ending: a rational federal government in all three branches, and a respected place as an organized people, living contentedly in this ever-changing world of ours.  If Donald J. Trump, our President, can’t or won’t be part of that somewhat idyllic system and help meet our needs, something will have to be done about it.