Cara Caddoo is the author of “Envisioning Freedom: Cinema and the Building of Modern Black Life” (Harvard University Press, 2014). She teaches at Indiana University, Bloomington. 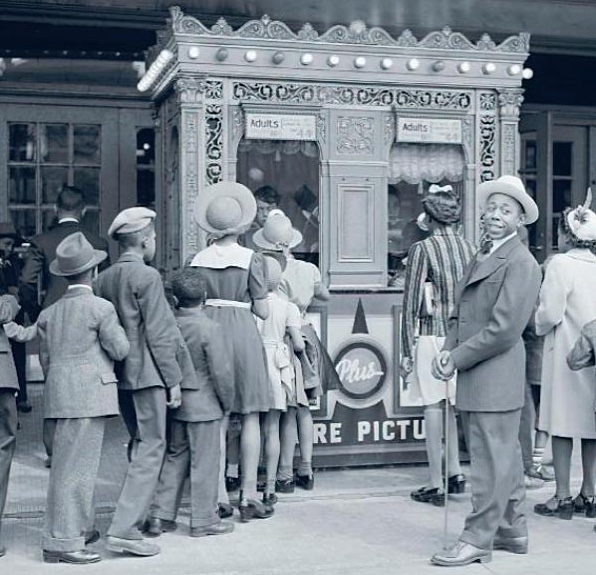 Last Sunday’s Oscars have once again renewed debates over Hollywood’s diversity problem. “Not surprising that an organization who's 94% White & 77% Male doesn't recognize diverse talent,” one critic tweeted before the ceremony, using the #OscarsSoWhite hashtag that first trended last month, after the Academy announced its all-white list of nominees for best actor and actress, and snubbed director Ava DuVernay. Meanwhile, supporters of Mexican filmmaker Alejandro González Iñárritu, who won for Best Director and Best Picture, argued that Hollywood was at least making progress. Iñárritu’s awards proved “compelling stories can be told by diverse talent,” Jack Rico wrote on NBC’s website the following day. 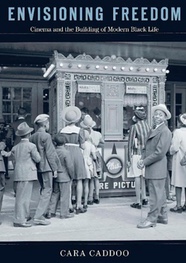 But recognizing black, Latino, and Asian talent has never been Hollywood’s problem. Hollywood has seldom overlooked the abilities of promising non-white filmmakers. In fact, for most of its history, Hollywood has worked hard to identify—and undermine—their work, which has been more detrimental to African American film than any Oscar snub. Keen to maintain its control over global film production, Hollywood wielded its political connections and economic might to establish systems that prevented independent black filmmakers from distributing their movies. When black filmmakers overcame these challenges, Hollywood responded by co-opting black cinema’s most marketable genres and directly competing with independent black film producers.

This history reaches back more than a century. When members of the first cohort of powerful American film producers, the Motion Picture Patents Company (MPPC),built up a national film market, they avoided offending their white audiences and censors in the South. That meant blacks wouldn’t be treated as equals either behind the camera or onscreen. Hollywood’s early producers were not members of the MPPC, but they gladly embraced and eventually strengthened these business policies as they battled their way to the top. When the first Hollywood blockbuster, Birth of a Nation debuted--a hundred years ago this month--Hollywood was already unmistakably invested in pleasing its white audiences at the expense of African Americans.

Fortunately, African Americans had their own cinema. It's a little known fact, but long before the rise of Hollywood or better-known black filmmakers like Oscar Micheaux, black men and women began producing their own films. They developed sophisticated editing techniques, and invented new technologies for exhibiting motion pictures. In my book Envisioning Freedom: Cinema and the Building of Modern Black Life I describe how African Americans such as Harry A. Royston toured the country in the 1890s with film exhibitions “put together to please a colored audience.” Just a few years later, filmmakers like Mr. and Mrs. Conley, and William G. Hynes produced motion pictures about black progress. These pioneers of black cinema were the children of former slaves, or were born into slavery themselves. Their motion pictures broadcast ideas about black progress and raised money for black churches and other institutions dedicated to the mission of “racial uplift.” By the early 1900s, African American film could be found throughout the country.

Hollywood studios were suspicious of any threat to their markets. With few exceptions, early Hollywood producers were unwilling to invest in black film, but they still wanted to lock out any competition. To do so, Hollywood played dirty. Hollywood studios forced theaters that wanted the screen their films into “block booking,” which meant the theater could only screen films by their production houses. Later, the big players, including Paramount, Universal, and Fox, directly purchased their own theaters and conspired to corner the market by marginalizing the opportunities of independent producers to distribute their pictures, and by closing in on profits of “second run” theaters--the only places that exhibited independent black films.

Independent black filmmakers continued to produce movies, but found themselves boxed in. To grow into an industry that could produce big-budget, feature films, black filmmakers would need bigger distribution markets. But as Hollywood tightened its grip on the channels of film distribution, filmmakers like Oscar Micheaux found it impossible to place their movies in enough theaters to earn back their money. The Supreme Court eventually ruled that Hollywood’s monopolistic practices violated US antitrust laws, but not before hundreds of independent black film companies had been destroyed.

In other cases, Hollywood muscled out black independents by making their most bankable actors sign non-competition agreements. In 1917, Noble Johnson, an African American actor who played Native American, Latino, and Asian characters in Hollywood movies, co-founded the Lincoln Motion Picture Company. He produced and starred in three films before Universal demanded he disassociate himself from Lincoln Pictures or never work for Universal again. Johnson, who relied on his earnings from Universal to help finance his venture with Lincoln, had little choice but to resign. As the Lincoln Picture’s main draw, Johnson’s departure sounded a death knell to the company.

Despite the challenges that independent black producers faced, they proved there was a market for “race films.” Hollywood producers, having established a national (white) market for their films, began paying attention to the audiences they had ignored for decades. In the late 1920s, a growing number of Hollywood studios began producing “race films”; others toned down the virulent racism in their own films, and replaced white actors in blackface makeup with more African American performers. When the Great Depression hit, Hollywood, strapped for profits, doubled down on its efforts to woo over black audiences. The industry was still unwilling to offend the South, but after decades excluding African Americans actors, Hollywood producers could pitch featured roles as maids and butlers as “progress.” The 1939 film Gone with the Wind, and black actress Hattie McDaniel’s Academy award an Oscar for best supporting actress, exemplified Hollywood’s new inclusivity.

Hollywood’s strategies in Mexico haven’t been all that different from its efforts to squelch independent black film in the US. From World War I, when US films first came to dominate Mexico’s film markets, to NAFTA, the industry has relied on its powerful lobbies, tactics like block booking, and the recruitment of talented Mexican actors and filmmakers to work on Hollywood films. None of this, of course, is any secret. “Freed of fences and trade spikes, more folks in foreign countries will want to buy what Americans make and market,” Jack Valenti, former president and CEO of the Motion Picture Association of America (MPPA) wrote in support of NAFTA in 1993. Today, Hollywood controls about 90% of Mexico’s box office.

Without a doubt, Hollywood has a diversity problem, but one that can’t just be solved with fancy award ceremonies and gold statues. Above all, Hollywood is an industry motivated by profits, with a century-long history of aggressive and monopolistic business practices. So next time the Academy hands out its awards, we should remember to ask ourselves--who’s really winning the prize?