by Thomas A. Foster

Thomas A. Foster is the author of Sex and the Founding Fathers: The American Quest for a Relatable Past (Temple University Press). 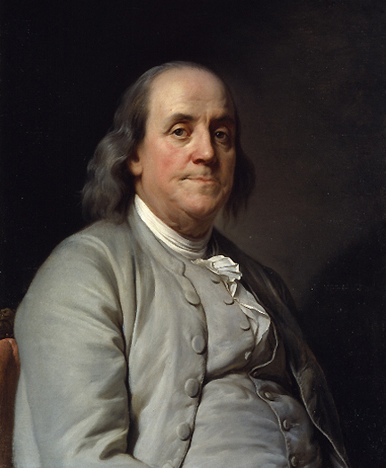 Ben Franklin had a lot of sex. Everybody talks about it now. In 2003 Time magazine called him a “babe magnet.” Some estimate that he had fifteen children out of wedlock. For many this makes him “cool.” Knowing that he lived a life that didn’t conform – especially to old-fashioned morals, makes him seem all the more American and modern. Or, was he? The short answer is that he was very much an eighteenth-century man. And he wasn’t always viewed as ahead of his time. Victorians viewed his personal life as worthy of censure for its eighteenth-century ease with sexual expression. 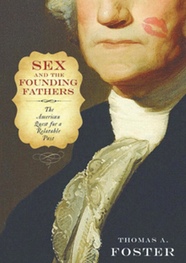 Americans today maintain a keen interest in Franklin’s sex life. It’s part of public curiosity about the most famous Founding Father never to have been a President. Franklin played a role in all of this interest but in many ways we know what we know about him because he was more of an eighteenth-century man than we often concede. For one thing, he contributed to the genre of ribald essays that proliferated in early American print culture. Franklin’s essay “Advice on the Choice of a Mistress,” for example, published in Philadelphia in 1745, typifies his titillating oeuvre. Written as an epistle to a friend, the essay on the surface argues that young men should marry. But if they do not, he quips, they should choose old women over young women as lovers. In typical Franklin fashion, he lists eight points explaining why. Number eight, the punch line, as it were, states that old women make preferable lovers because “they are so grateful!” “Choice of a Mistress” and similar writings exhibit Franklin’s interest as a printer in capitalizing on the public’s appetite for sexually charged material.

In his private life, he also produced a record that was not entirely unusual for his time – and would only later become a matter of national scandal. Franklin’s first child was born out of wedlock and he never married his wife Deborah.

Franklin wasn’t always viewed as a man ahead of his time. Indeed, for example, the U.S. Senate would not endorse the House’s resolution in honor of Franklin after his death. For some, the scandals that swirled around Franklin in his own lifetime became justification for characterizing him as a man of relaxed morals and thus worthy of censure by Victorian Americans. Even almost a century after his death, when Massachusetts Senator George F. Hoar was given a list of names for the National Hall of Fame, he crossed out Franklin’s because he was immoral. For Hoar, Franklin was a relic of a less civilized era.

Likewise, in 1869 and through the 1870s, the famed suffragist and women’s rights activist Elizabeth Cady Stanton gave speeches that included sharp derision toward Franklin. In her speech “Home Life,” she criticized Franklin for abandoning his wife in Philadelphia, having illegitimate children, disowning one of his sons, and having questionable morals in general. “The less said of Franklin’s private character,” she said, “the better.”

But around the same time historian Frederick Jackson Turner called Franklin the “first great American” and firmly planted the seeds of Franklin’s association with modernity. One year later, novelist William Dean Howells referred to him as “the most modern, the most American, of his contemporaries.” In the early twentieth century, Phillips Russell published his biography of Franklin, subtitled The First Civilized American.

By the turn of the twentieth century, the emphasis on Franklin as a modern American relied on not only his economic self but also the depiction of his intimate life. Russell captured the idea of Franklin as a middle-class American ahead of his time in a Puritanical past. Franklin held great appeal for his down-to-earth sensibility and middle-class ease of manner. Gradually there also emerged the depiction of Franklin as enlightened in his view of women, even a near feminist, and it fit well with the idea of him as a modern American, ahead of his eighteenth-century counterparts.

Why we now view Franklin as modern instead of old-fashioned says a lot about how we view our national narrative of the history of sexuality. Historians of sexuality have long argued that the story of American sexuality isn’t a simplistic arc that bends toward increased freedoms and progress for all. Yet the view of early America as especially hostile to sexual expression still stands in as our view of early American sexuality. Franklin’s well-known personal history and writings stand apart from such a backdrop thus making him appear to us now as modern in his approach to sex.

That Franklin went from being out-of-step [behind-the-times?] for Victorian audiences to modern for today’s Americans shows us that we see ourselves in our view of our Founders -- fifteen children born out of wedlock and all.