The Banal Reality of Censoring Books in China 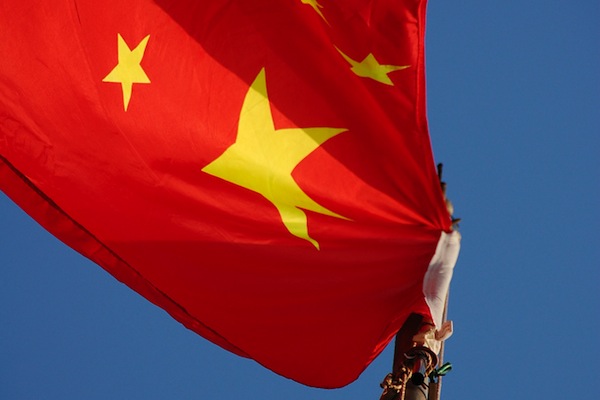 New York University professor Rebecca Karl has a bone to pick with the Hunan People's Press.

The regional Chinese publisher optioned her 2010 book Mao Zedong and China in the Twentieth-Century World: A Concise History from Duke University Press, intending it to be released in time for Mao's 120th birthday in December 2013.

But the publisher wanted to change the title – could it be called The Biography of Mao Zedong? More people would buy a biography.

“I absolutely insisted the title be restored,” Karl said. “and [though the book is still awaiting publication], I won that battle.”

The New York Times reports that many Western authors – including best-selling scholars like Harvard's Ezra Vogel – have acceded to pressure from Chinese censors in order ensure their work is sold in China. Vogel made several omissions in his treatment of the Tienanmen Square protests of 1989 in his recent biography of Deng Xiaoping. More authors and publishers are willing to accept censorship because the Chinese market is increasingly lucrative, even for university presses and trade publishers. Vogel's Deng biography sold 30,000 copies in its American run. It sold 600,000 copies in China.

But censorship isn't the full story.

Kenneth Pomeranz, professor of modern Chinese history at the University of Chicago and the president of the American Historical Association, has had three of his books released in China. He only encountered problems with The World That Trade Created: Society, Culture, and the World Economy, 1400 to the Present, a global economic history that he co-authored with Steven Topik.

“It was published by a commercial press,” he said, “and they wanted to market it as an advice book to businessmen.” Chinese publishers, like American publishers, want to make sure their books actually sell.

Even works on Chinese history will rarely face serious censorship, for there is relatively little pre-1949 Chinese history that is off-limits for debate in China. Jeffrey Wasserstrom, a modern Chinese historian at the University of California, Irvine, says that's a change from the days of the Cultural Revolution, when even writing about the medieval Ming dynasty could get an historian into serious trouble.

Post-1949 Chinese history is more heavily censored, but even here there are surprises. Professor Karl's book, which attempts to situate Mao Zedong and the development of Chinese communism within a global context, faced challenges from the censors, but not for her chapters on Mao. They objected to the final post-Mao chapter on Deng Xiaoping and Tienanmen Square.

Because the chapter was not integral to her thesis, Karl said, she decided to accept the censors' changes.

“Censorship in China an opaque process,” according to Anne Henochowicz, translation coordinator at the China Digital Times. “Nobody goes to the censors to say, 'hey, is this alright?'” But there are topics which are widely understood to be off-limits to scholars – Taiwan, Xinjiang, Tibet, and Falun Gong are among the most widely cited by China specialists.

Censorship can also be disguised as commercial considerations. When Timothy Garton Ash's Free World: America, Europe, and the Surprising Future of the West was published in China in 2007, references to Tienanmen Square were deleted, because, as the publisher explained, “potential readers might not understand such references, or be offended by them, and therefore not buy the book.”

There are also some historical interpretations that will not be published. Books arguing the Chinese famine of 1958-1961 was largely due to the mismanagement and chaos of the Great Leap Forward, like Yang Jisheng's Tombstone: The Great Chinese Famine, 1958-1962 and Frank Dikoetter's Mao's Great Famine: The History of China's Most Devastating Catastrophe, 1958-1962, are banned in mainland China. (The official position of the Chinese government is that the famines were natural disasters.)

Ezra Vogel's Deng Xiaoping and the Transformation of China may very well be another example of a publisher taking a chance. Unlike in Ash's Free World, in Vogel's work the discussion of Tienanmen Square has been altered, but not deleted. “The Chinese press in Hong Kong described the issuing of my book in the mainland as a 'breakthrough,' Vogel wrote in a blog post for Harvard University Press, “because it meant that young Chinese on the mainland, for the first time in their lives, could read about the Tienanmen Incident.”